A survivor’s story: Josefina overcomes her bout with breast cancer

A survivor’s story: Josefina overcomes her bout with breast cancer

Tears started rolling down Josefina’s face when she heard her diagnosis for breast cancer in July.

Her nurse practitioner, Beth Strub of Promise Community Health Center in Sioux Center, reassured her, but Josefina feared what was to come.
“I started to cry because I heard that this illness is dangerous,” Josefina said in Spanish through an interpreter. “Beth and my nurse told me not to cry, to love myself. They said everything was going to be OK, and they were going to take care of it. Beth said it wasn’t serious, it was just beginning, and they will remove it. I cried the entire time.” 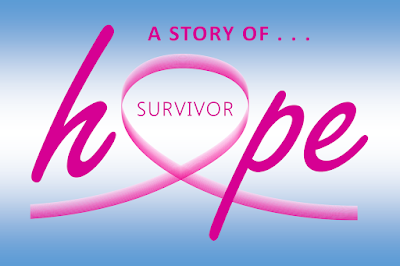 That was a sad day, but it also was a day of hope.
She entered a time of treatment that was extremely difficult for her, but she is thankful because she knows the outcome could have been much worse if it had not been for the mammogram screening that detected the cancer at an early stage.
Josefina, 43, an immigrant from Guatemala who has lived the past eight years in Sioux Center, has had mammograms each of the past three years. She received her first mammogram in 2015 through Promise’s Sister to Sister/Hermana a Hermana program, which provides free breast cancer screenings to uninsured and underinsured women 40-65 years old, thanks to grant funding from the Susan G. Komen for a Cure organization. Her mammogram in 2016 was provided through the Iowa Care for Yourself program. In 2017, her mammogram was covered through private health insurance through her employment at the Smithfield Foods plant in Sioux Center.
After her mammogram in May at Sioux Center Health, Josefina had a couple of follow-up diagnostic procedures in Sioux Falls, SD. She then had surgery to remove both of her breasts on Sept. 20 in Sioux Falls.
It was a difficult experience for her to go through.
“It’s not easy to lose part of your body because it’s your part of your body,” she said. “It was very painful. It was hard for me to get up. My children had to get me up.”
Josefina said she felt pain for a couple of months, but she gradually recovered and is feeling better now. Her doctors tell her they were able to get all the cancer, and she returned back to work in December.
Because of her experience, she encourages other women to have mammograms as well so breast cancer can be detected early.
“It’s important to have the mammogram done because we don’t know what we have,” she said.
FREE MAMMOGRAMS AVAILABLE:
During the past six years, Promise Community Health Center has made available about 350 mammograms to women through its Sister to Sister/Hermana a Hermana program, thanks to grant funding through Susan G. Komen for a Cure.
The program is offered to women 40-65 years old who do not have insurance or do not have adequate insurance coverage. The program also provides funding for free clinical breast exams during well-woman visits. Transportation also is made available for women who lack the means to travel to these important screenings.
If you have questions, call Promise at 712-722-1700.
To learn more, read this story.
DID YOU KNOW?